“It’s only after we’ve lost everything that we’re free to do anything.”
― Chuck Palahniuk, Fight Club 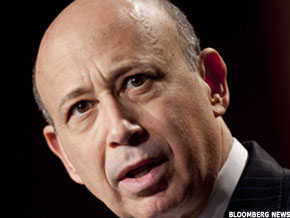 Goldman Sachs is concerned about a massive bank run across Europe, and is taking on very little risk as a result, according to a Bank of America Merrill research report published Tuesday.

“While the noise from Europe has abated over the past couple of months, the potential for negative outcomes continues to generate worry, and risk aversion,” writes veteran banking analyst Guy Moszkowski in the report. “Goldman in particular continues to emphasize that politics is currently a much bigger driver of market action than either micro- or macro-economics, and that, lacking any “edge” as to what politicians might say at any given time, the firm generally feels that it needs to stay pretty close to home, from a risk perspective.”

Particularly concerning to Goldman management, according to Moszkowski, “is the potential for a disorderly Greek default leading to Greece’s withdrawal from the Euro, which could of course provoke a rush to move bank deposits ahead of forced conversion. The bigger concern is that, if markets and depositors are not convinced of the ability and determination of the European authorities to “ring fence” other vulnerable markets (Italy and Spain, in particular), then depositors in those countries could come to fear Euro conversion as well, and the consequences would be severe.”

A Goldman Sachs spokesman declined to comment on Moszkowski’s report.