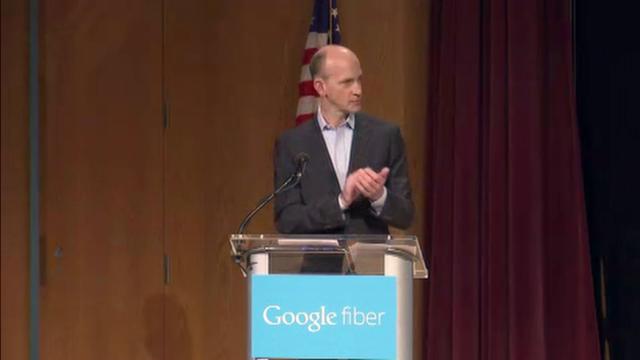 Life in the Triangle is about to get faster – at least online.

Google officials confirmed Tuesday that the area is among the latest to be outfitted with Google Fiber, which promises Internet speeds 100 times faster than existing connections.

“The Triangle, as a world-renowned hub for great universities, rapid innovation and a thriving biotechnology sector, is the perfect region to show us what’s possible with gigabit speeds,” Kevin Lo, business and operations director for Google Fiber, said in a statement.

“Fiber will help put the Raleigh-Durham area on par with the fastest cities in the world, like Seoul, Tokyo and Zurich,” Lo said. “Given that the U.S. is still 14th in the world when it comes to speed, this is a big deal.”

In the belly of the beast.

This entry was posted in Editorial and tagged Google. Bookmark the permalink.