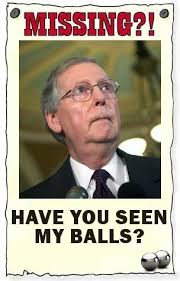 Senate Republican Leader Mitch McConnell says he will not allow another government shutdown as part of a strategy to repeal ObamaCare.

McConnell (Ky.) told The Hill in an interview Thursday afternoon that his party learned a painful political lesson over the past 16 days, as its approval rating dropped while the government was shuttered.

He said there’s no reason to go through the political wringer again in January, when the stopgap Congress passed late Wednesday expires.

“I think we have fully now acquainted our new members with what a losing strategy that is,” he added.