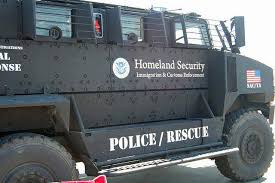 It appears that the government and the domestic terrorists (patriots) have cornered the ammunition market for the impending civil war. Or the correct designation: the War Against Federal Aggression. The police departments have been impacted as they “beg and barter for ammo”. Let us hope and pray that Liberty will win over tyranny.

Police Departments Beg And Barter For Ammo While DHS Buys Up 1.6 Billion Rounds In Past Year

The nationwide shortage of ammunition has left many police departments scrambling to get their hands on the necessary rounds – with some even bartering among each other.

Meanwhile, Rep. Timothy Huelskamp (R-Kansas) says the Department of Homeland Security (DHS) has failed to respond to multiple members of Congress asking why DHS bought more than 1.6 billion rounds in the past year.

Police Chief Cameron Arthur of Jenks, Oklahoma says, “Ammunition and assault weapons in general have skyrocketed…In addition to the fact, not only is it a lot more expensive, but the time to get it could be six months to a year, or in some cases even longer.”

Arthur says he is waiting on an order placed last October and that many departments have begun to trade and barter with each other because of the high demand.

“Most police departments are having a very difficult time even getting the necessary ammunition for handguns, shotguns and especially rifles,” Arthur said.