Greek Finance Minister Gets Bullet In The Mail 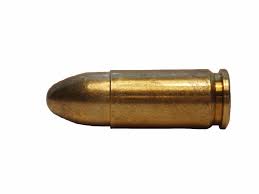 Now that Europe is clearly unfixed once more, it is time to shift attention back to broke Greece where as we showed yesterday things are certainly back to the “new normal” with 24 hour strikes again on the daily agenda. And just to keep it real, Greek police reported that the new Greek Finance Minister received a care package with just two contents earlier today: a bullet and a death threat.

Greece’s finance minister was sent a bullet and a death threat from a group protesting home foreclosures, police officials said on Monday, in the latest incident to raise fears of growing political violence.

The package was sent by a little-known group called “Cretan Revolution”, which warned the minister against any efforts to seize homes and evict homeowners, police sources said. The group sent similar letters to tax offices in Crete last week.

This entry was posted in Editorial and tagged Finance Minister, Greece. Bookmark the permalink.