These are the headlines which should cause you to take pause and consider, “what if this happened here” –

NEW DELHI (Wall Street Journal) –Much of India’s electricity supply network collapsed Tuesday in the country’s second major outage in two days, affecting more than 680 million people—double the population of the U.S.—and causing business losses estimated to run into the hundreds of millions of dollars.

HONG KONG (MarketWatch) — A massive power outage in northern and eastern India left 600 million people, about half the country’s population, without electricity Tuesday, according to reports.

The outage, which further aggravated a grid failure that had disrupted life in the country’s north for several hours Monday, reportedly stranded travelers and commuters, trapped miners and caused traffic jams.

While authorities struggled to restore power, about 300,000 passengers were stranded in more than 300 trains across eight states, as electricity- grid failures crippled operations across six railway zones in the country, according to a report in The Times of India.

Hundreds of coal miners were trapped in Burdwan, about 180 kilometers (112.5 miles) northwest of Kolkata metropolis in eastern India, the AFP reported.

Is this our future in the US? It is a very reasonable question – the “national grid” is fragile to begin with, and in the face of economic challenges many companies are reducing maintenance staff and deferring maintenance/modernization projects. India’s industrial, retail, and residential growth have outstripped the capacity of their electric generation and distribution capacity in recent years, and the increasing strain on infrastructure has led to a series of ever-larger outages.

While the situation in North America does not come from the same causes, there is a great deal of similarity overall – Increased demands have exceeded construction in both the electric generation and distribution (grid) infrastructure.  As more coal and nuclear power generation stations are taken off-line, power must be distributed further from generator to end-user, increasing load on the distribution grid itself. 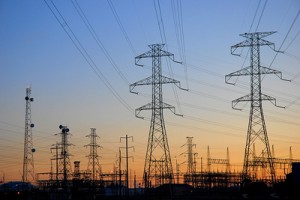 The two-fold pressures on America’s grid infrastructure, of increased demand and greater need to transmit power over long-distances, mean that the risk of wide-spread power outages are a growing reality here in America, and as more generation stations are taken off-line, that risk will only continue to rise.

Another aspect of the risk comes from a choice which the government is willfully making – the direct assault on coal-fired electric generation.  The over-implementation of natural gas powered electric generation stations, to quickly replace coal-fired generators which are being regulated into extinction, places another risk factor into the electric market – that of excessive natural gas demand. Take a look at the nat.gas distribution system HERE, and note the areas which are “highly dependent on interstate pipelines” for their nat.gas supply. 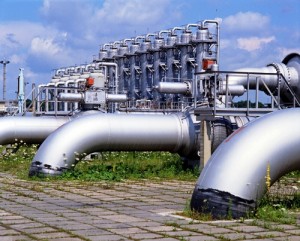 When demand exceeds the capacity of a natural gas pipeline, pressure reservoirs (storage tanks) at the pump stations must be drawn down to maintain the volume of gas in the pipeline, to prevent a loss of pressure…but this only works until the reservoirs are bled dry. At that point, the pressure pumps must be spun down, and the pipeline is effectively off-line until it can be re-primed, and a minimal buffer capacity returned to the pressure reservoirs, which would require hours, or even days, to accomplish.

Not only would such a “bleed-off” result in a black-out of electric generation, it will affect all the direct customers who use gas in their homes and businesses. In short, it could potentially produce a double-whammy outage which would place profound strain on the entire region. Now, look at the “Underground Storage Facilities” map, and notice that there are no such facilities less than 200 miles from the East Coast. The nearest storage facilities to Washington DC are some 200 miles away in West Virginia, western Pennsylvania, and eastern Ohio. Boston is in the worst position, with no storage facilities within 400 miles.  New York City and northern New Jersey face the same bottleneck, with the nearest storage facilities some 250 miles away.

The same region is challenged by a lack of reserve grid capacity – most of the power grid in the Boston-to-DC corridor was built 40 to 60 years ago, was designed for the anticipated electric loads of 1980 or 1990, and was also designed on the assumption of increasing availability of  electricity generated within the region, primarily nuclear and hydro-electric. However, nuclear power generation within the region has declined substantially since 1990, and hydro-electric generation has been at a standstill for the last 30 years – so the northeastern US has increasingly been a net-importer of electric power, yet the power grid has not kept pace with the increasing demands.  As such, if population continues to increase in these areas, a power impasse is not far off. 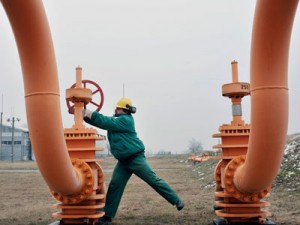 These same metro areas have exhibited a voracious increase in demand for natural gas, as a result, but “environmental concerns” and difficulties with rights-of-way for new gas pipelines has prevented a meaningful increase in pipeline capacity.  This has created parallel bottlenecks in the availability of both nat.gas and electricity across the region, resulting in skyrocketing power costs, and functional constraints on the growth of power-intensive businesses and industries.

This Boston-to-DC corridor has a higher population density than any other portion of North America, and is the highest consumption region for both direct nat.gas and nat.gas fired electric generation, but it has absolutely no nat.gas resources of it’s own, and no meaningful nat.gas storage capacity, either – which poses a profound risk to the population of the entire region, and is the prime reason why many risk management experts, authors, and concerned citizens have labeled the Boston-to-Washington DC region a “Death Corridor”.

The most obvious risk scenario is a loss of grid capacity which would result in a draw-down of nat.gas pipeline capacity for electric generation. If this scenario persists for more than a few hours, then the nat.gas pipeline infrastructure would eventually bleed dry, with the net result being millions of homes without gas or electricity. Occurring, as it likely would, in the middle of a winter cold-snap, you have the perfect formula for wide-spread fear, suffering, chaos, and death.

So why are all the coal-fired generation facilities, and their local storage capacity, in this “Death Corridor” being taken off-line, and replaced by nat.gas and other “green” energy facilities, which increase dependence on distant resources, and which also create a resource transportation bottleneck?  why are the government and power industry creating a well known and high-risk scenario, which is entirely avoidable?  The surface agenda appears to be one of avoiding “greenhouse gas” emissions and placing other “environmental concerns” above the necessities of preserving human life. 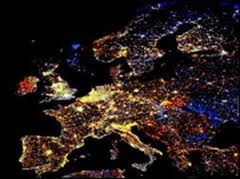 The US is not alone in practicing this suicidal attitude towards the reliability and affordability of power – all of Europe is in the same frightening position.  The dangerously rapid decommissioning of multiple nuclear power generation facilities, in a knee-jerk response to the events at Fukushima, Japan, last year after the tsunami, have placed all of Europe at profound risk for electricity prices to skyrocket, and for massive blackouts.  A continent-wide blackout is a real possibility this winter…which would be the end of their financial crisis, and the beginning of a whole new set of horrors.  We shall see…

What, if anything, lies under this militant “green agenda” against nuclear and coal-fired electric power?  Is there something sinister driving this willful negligence towards the safety of tens of millions of America citizens, and many millions more throughout the developed world?  Once relegated to the genre of conspiracy theory, these types of questions are becoming increasingly legitimate in the face of government mis-regulation and corporate mis-allocation of resources and infrastructure.

Unfortunately, I am unable to end this commentary with any useful answers – other than the fact that, after a decade living and working in New England, I have taken my own advice and moved out of the Death Corridor, returning to the Carolinas, to provide a more secure environment for my family.

May the Lord protect and guide all of us in these trying times,

LT
~Those who abuse Liberty, do so at their own peril!

“Blackout” is No Longer a Politically Correct Word | NCRenegade

[…] I was just writing about how increasing demand, reduced supply, and an aging, overloaded grid structure was an […]

[…] have been warning for years that the rapid move towards dependence upon natural gas for commercial, industrial, and residential […]