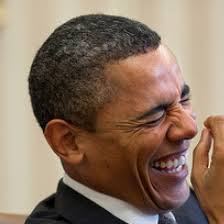 President Barack Obama claimed today that since he has been president both parties have worked together to cut the federal deficit by $2.5 trillion—despite the fact that the national debt has increased $5.9 trillion during Obama’s presidency, which is more than it increased under all presidents from George Washington through Bill Clinton combined.

“Over the last few years both parties have worked together to reduce our deficits by more than $2.5 trillion,” Obama said in a speech at the White House in which he called on Congress to avoid modest automatic cuts in anticipated spending that are set to begin on March 1.

“More than two thirds of that was through some pretty tough spending cuts,” Obama said. “The rest of it was through raising taxes, tax rates, on the wealthiest one percent of Americans. And together, when you take the spending cuts and the increased tax rates on the top one percent, it puts us more than half way to the goal of $4 trillion in deficit reduction that economists say we need to stabilize our finances.”

This entry was posted in Editorial, Financial and tagged deficit, Economic Collapse, Obama. Bookmark the permalink.