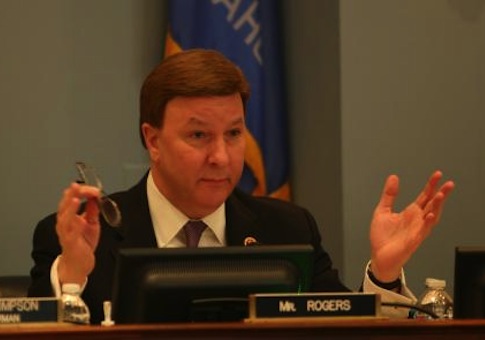 A senior House Republican this week called on Secretary of State John Kerry to make public a U.S. offer of cooperation with Russia on missile defenses made recently in Moscow.

Rep. Mike Rogers (R., Ala.), chairman of the House Armed Services strategic forces subcommittee, stated in a letter sent Tuesday to Kerry that he is concerned about the offer disclosed in statements this week by Russian Foreign Minister Sergei Lavrov.

“Unfortunately, for the second time in as many weeks, Secretary Kerry has alluded to making deals with foreign countries regarding our missile defense,” Rogers said in a statement. “I suggest he consult with Congress about deals it won’t possibly support prior to offering concessions with countries that are not friends of ours.”

“He has forgotten pretty quickly since leaving Congress that it controls the purse strings,” the lawmaker said.

This entry was posted in Editorial and tagged Kerry, Missile Defense, Obama, Russia. Bookmark the permalink.