How Would George Washington Act? 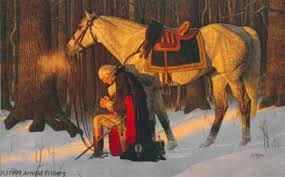 How would George Washington respond to a government that justifies killing innocent men, women and children as collateral damage in a war against terrorism?  And at the same time, this government wants to justify our last defense against a tyrannical government buy stating that if only one life is saved, Congress should shred the 2nd amendment of the Constitution.

The question on how Mr. Washington would act should not be considered to be an exercise in futility. I believe that such actions would never be considered by a moral and virtuous government or leader. We have no leaders: we have vain and aspiring men holding the highest offices in the land. At some point, our countries experienced patriots will stand up for Liberty. When will this happen? Look at the amount of ammunition available for sale for your answer.

One morning recently, a teenager named Bacha Zarina was collecting firewood on her family’s farm in eastern Afghanistan. About 30 yards away, as relatives recall, two Taliban commanders stood outside a house.

A missile screamed down from the sky, killing the two men instantly. Two chunks of shrapnel flew at Bacha Zarina and lodged in her left side.

Her family took her to the nearest hospital, a half-hour drive away, but she died en route, an accidental victim of the rapidly escalating U.S.-led campaign of drone strikes in Afghanistan. She was 14 or 15 years old.

The U.S. military launched 506 strikes from unmanned aircraft in Afghanistan last year, according to Pentagon data, a 72 percent increase from 2011 and a sign that U.S. commanders may begin to rely more heavily on remote-controlled air power to kill Taliban insurgents as they reduce the number of troops on the ground.

David,
I do not know what it will take for those patriots to stand up, but when they do what or who will be their target? How will we know that “it” has begun? The MSM will paint whoever does it as terrorist, so the question becomes will enough of the population see through the media BS to recognize the event for what it is, the start of the fight for the restoration of the Constituion.

We will use the same criteria that George Washington used to identify the “Loyalists”. I do not see any issue once it starts: the people crying for their perceived “rights” at someone else’s expense will be very vocal.