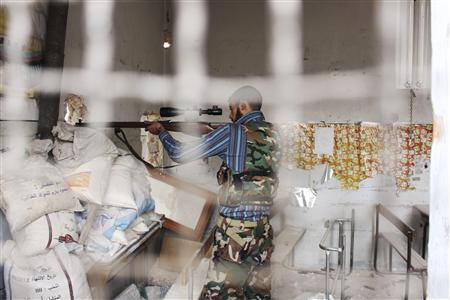 There was no immediate comment from the government and it was not immediately possible to verify the reports of the capture independently.

But the loss of the al-Omar oil field in Deir al-Zor province, if confirmed, could leave Assad’s forces almost completely reliant on imported oil in their highly mechanized military campaign to put down a 2-1/2-year uprising.

“Now, nearly all of Syria’s usable oil reserves are in the hands of the Nusra Front and other Islamist units … The regime’s neck is now in Nusra’s hands,” said Rami Abdelrahman, head of the pro-opposition Syrian Observatory for Human Rights.

Assad’s forces have gained momentum against the rebels in recent months, partially due to support from the Lebanese Shi’ite milita Hezbollah and its regional ally Iran.

This entry was posted in Editorial and tagged al-Omar, Iran, Oil, Syria. Bookmark the permalink.