It Always Comes Back to Gold 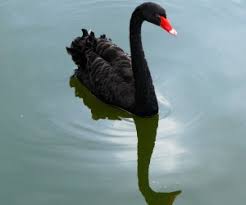 The following story is being overlooked or downplayed but its implications could be staggering. But then isn’t that what makes a black swan event?

Power is the goal and money is the tool to bring about both its inception and demise. If money is based on the full faith and credit of a government, the consequences are severe once a fiat currency is exposed and a new currency backed by tangible assets is released.

Exclusive: Bank Of England To The Fed: “No Indication Should, Of Course, Be Given To The Bundesbank…”

Over the past several years, the German people, for a variety of justified reasons, have expressed a pressing desire to have their central bank perform a test, verification, validation or any other assay, of the official German gold inventory, which at 3,395 tonnes is the second highest in the world, second only to the US. We have italicized the word official because this representation is merely on paper: the problem arises because no member of the general population, or even elected individuals, have been given access to observe this gold. The problem is exacerbated when one considers that a majority of the German gold is held offshore, primarily in the vaults of the New York Fed, and at the Bank of England – the two historic centers of central banking activity in the post World War 2 world.

Recently, the topic of German gold resurfaced following the disclosure that early on in the Eurozone creation process, the Bundesbank secretly withdrew two-thirds of its gold, or 940 tons, from London in 2000, leaving just 500 tons with the Bank of England. As we made it very clear, what was most odd about this event, is that the Bundesbank did something it had every right to do fully in the open: i.e., repatriate what belongs to it for any number of its own reasons – after all the German central bank is only accountable to its people (or so the myth goes), in deep secrecy. The question was why it opted for this stealthy transfer.