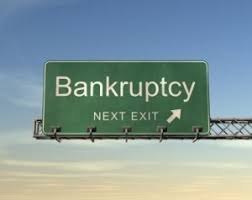 Recall that three weeks ago we warned that “Monti Paschi Faces Bail-In As Capital Needs Point To Nationalization” although we left open the question of “who will get the haircut including senior bondholders and depositors…. given the small size of sub-debt in the capital structures.” Today, as many expected on the day following the German elections, the dominos are finally starting to wobble, and as we predicted, Monte Paschi, Italy’s oldest and according to many, most insolvent bank, quietly commenced a bondholder “bail in” after it said that it suspended interest payments on three hybrid notes following demands by European authorities that bondholders contribute to the restructuring of the bailed out Italian lender. Remember what Diesel-BOOM said about Cyprus – that it is a template? He wasn’t joking.

As Bloomberg reports, Monte Paschi “said in a statement that it won’t pay interest on about 481 million euros ($650 million) of outstanding hybrid notes issued through MPS Capital Trust II and Antonveneta Capital Trusts I and II.” Why these notes? Because hybrid bondholders have zero protections and zero recourse. “Under the terms of the undated notes, the Siena, Italy-based lender is allowed to suspend interest without defaulting and doesn’t have to make up the missed coupons when payments resume.” Then again hybrids, to quote the Dutchman, are just the template for the balance of the bank’s balance sheet.

Why is this happening now? Simple: the Merkel reelection is in the bag, and the EURUSD is too high (recall Adidas’ laments from last week). Furthermore, if the ECB proceeds with another LTRO as many believe it will, it will force the EURUSD even higher, surging from even more unwanted liquidity. So what to do? Why stage a small, contained crisis of course. Such as a bail in by a major Italian bank. The good news for now is that depositors are untouched. Unfortunately, with depositor cash on the wrong end of the (un)secured liability continuum it is only a matter of time before those with uninsured deposits share some of the Cypriot pain. After all, in the brave New Normal insolvent world, “it is only fair.”

“In the new world we’re in, bondholders pick up the tab when they can be forced to,” said John Raymond, an analyst at CreditSights Inc. in London. “State aid rules impose losses where possible.”