It Has Already Hit the Fan 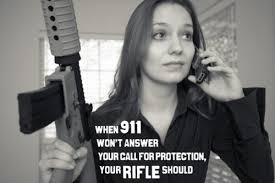 The beginning of most historic events are clearly delineated such as the United States’ entry into World War II after the attack on Pearl Harbor. The catalysts for some events are only seen by looking back after the events have unfolded. And even in these cases, the victors write the history. A case in point is the Civil War: we have been taught that it was started at Fort Sumter, SC. That conflict was simmering for decades over tariffs and our port at Wilmington, NC was blockaded by the federal government while North Carolina was still in the Union.

As World War III and a worldwide economic collapse are looming, the following essay effectively outlines that the SHTF already. I believe that the rule of law in the United States has become an illusion. A world without the rule of law (WROL) is tyranny on multiple levels but one fact cannot be questioned: a republic is built on the rule of law.

“I am free because I know that I alone am morally responsible for everything I do. I am free, no matter what rules surround me. If I find them tolerable, I tolerate them; if I find them too obnoxious, I break them. ” –Robert Heinlein

I was on a gun- and survival-related forum this evening, reading a stereotypical thread on “When will TSHTF.” The theories ranged from sometime in the next six months to “never!” I would argue however, and in fact do, that it’s already here. The popular conception of WROL involves bands of mutant/zombie/cannibal/biker/looter/bandits roaming the highways and by-ways, taking what they want from every passing citizen, except the heroes of the novel or daydream, who were prescient enough to spend their children’s college fund on preparedness, stockpile a bunker of goods in the hinterlands of the northern Rockies (which I really can’t begrudge, considering I moved here when I left the service because of the tactical and strategic benefits of the region myself….), and amazingly managed to get the Hell out of whatever major metropolitan urban center they lived and worked in, and traverse the continent to get there, as Rome burned around them.

Folks, this is idiocy. The Shit has ALREADY hit the fan. The Republic is dead, and no one is coming to help you. Let’s look at this from a novel perspective….

Article I, Section I of the Constitution of the United States of America:

This entry was posted in Civil Unrest, Editorial and tagged SHTF, WROL. Bookmark the permalink.