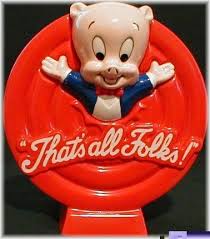 I attended the Spring PATCON in Tarboro this year which resulted in a personal epiphany. A question was posed to the audience: how many people believed there was a political solution to our nation’s problems? Not only did no one believe that there was a political solution, half of the people broke out in laughter. Although I had no doubt before this that there was no hope for the government, I could always pray that I was wrong. The epiphany was simple: I was not alone or even in a minority in my logic. I will always remember that day as being the day that I knew in my heart that the country was over. We were no longer free, the rule of law was not in effect and tyranny had replaced the Republic.

Flash forward to today. In a short nine week span of time, the people have been betrayed by Congress (trade legislation), the Supreme Court (gay marriage and SCOTUScare) and the pResident has divided the country using race, gun control and homosexuality.

These actions have shown the American people that the government has been usurped. I do not have to solicit people’s reactions to current events: everyone is discussing the state of the government. I do not even respond to their conversations. I just listen to people who are having their own epiphanies. What will happen as this number increases to the point that III% will take action?

Tyranny is only an option for evil people. Any American with any Sacred honor must resist. It is no longer a question of allegiance to the country, it is a question of your faith in God.

Reposted on Liberty & Preparedness Network. I do not know if today there are enough good men and women who would be willing to stand together and say “with a firm reliance on the protection of Divine Providence, we mutually pledge to each other our Lives, our Fortunes, and our sacred Honor”.
But I do know that it certainly appears that we are approaching a time that we will be forced to chose whether we will stand or live forever on our knees..

Yes, but how do we resist? There is a significant percentage of the population who is willing to stand up for what is right at all cost, but what we don’t have is a unified direction or a leader. The will is there, but we don’t know what to do. We need someone to stand behind and give direction to our actions. Who will lead us?

Memphis Mayor Wants to Dig Up Dead Confederate War General
http://radio.foxnews.com/toddstarnes/top-stories/memphis-mayor-wants-to-dig-up-dead-confederate-war-general.html
“Memphis Mayor A.C. Wharton wants to dig up the bodies of Confederate General Nathan Bedford Forrest and his wife and remove them from a city park in the latest and perhaps most despicable example of the anti-Southern cleansing spreading across the nation.”
It is irrelevant that the likelihood of this Godless treason happening
is extremely unlikely.
What matters is that it has been proposed and is being
discussed by the (elected) traitorous communists of Memphis.
That is how far down the rabbit hole these open (hot war) attacks
have gone.

Historic Beaufort church removes Confederate battle flags from grounds – The flags are decorating soldiers’ graves
http://www.thestate.com/news/local/article25503877.html
That’s what you get when you spend all your time (frothing at the mouth) waiting to attack anyone who accurately criticizes the impotence of fake “Patriots” and the worthlessness of their non-strategy which is helping traitorous and treasonous communists destroy our Republic.

I agree with you David.