“It is time for a breakthrough to a new Europe” – Merkel 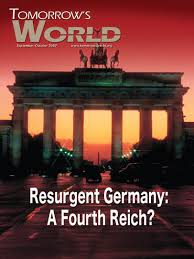 The race is on to see who will control Europe. The collapse of the Italian bond market today will collapse several large French banks. The players involved in picking up the pieces and the formation of a “new Europe” include:

As always, whoever has the most gold wins and Italy has the fourth largest reserves in the world with 86.5 million ounces followed closely by France. China’s insatiable appetite for increasing their gold reserves makes this an opportunity to secure Italy’s and France’s gold in exchange for their “assistance”. Putin wants the formation of a new Eurasian power block under his control. Merkel is looking to establish the Fourth Reich and Soros is the most ambitious in trying to form one world order. I’m betting on Soros since he already has control of the United States – just ask Ray Kelly.

Merkel said Europe’s plight was now so “unpleasant” that deep structural reforms were needed quickly, warning the rest of the world would not wait. “That will mean more Europe, not less Europe,” she told a conference in Berlin.

She called for changes in EU treaties after French President Nicolas Sarkozy advocated a two-speed Europe in which euro zone countries accelerate and deepen integration while an expanding group outside the currency bloc stayed more loosely connected — a signal that some members may have to quit the euro if the entire structure is not to crumble.

“It is time for a breakthrough to a new Europe,” Merkel said. “A community that says, regardless of what happens in the rest of the world, that it can never again change its ground rules, that community simply can’t survive.”