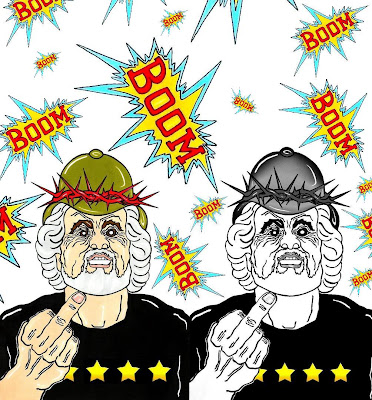 World markets retreated Tuesday as a big vote for anti-austerity parties in Italy’s elections left the eurozone’s third biggest economy in political deadlock, sparking fears of a revival of the region’s debt crisis.

European stock markets were sharply lower, led by a 4% plunge on Italy’s index of leading shares. Italy’s borrowing costs increased, as the yield on its 10-year bond moved up towards 5%, triggering similar moves in other weaker eurozone states such as Spain and Portugal. The euro fell to just above $1.30.

“Italy’s election looks set to deliver some of the worst-case outcomes that markets had feared but had largely ruled out as unlikely,” noted Shahab Jalinoos, a strategist at Swiss bank UBS.

It seems to me that stock markets on both sides of the Atlantic over-reacted to the prospect of gridlock in Italy. I make the case in http://thewordenreport.blogspot.com/2013/02/italian-election-roils-markets-over.html. I argue that an antiquated view of Europe is a factor in the over-reaction. In short, Italian politics don’t matter as much as they did “back in the day.”

I disagree. If Italy’s economy collapses, so does the French economy which has a huge exposure to their banks. A collapse of these two countries would finish the European Union which would expand throughout the world: economically or war or both. I think we will not have long to wait to see who is correct.