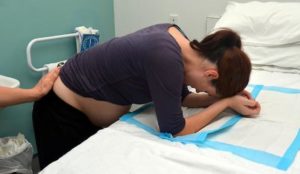 “The defense team is calling for a psychiatrist’s report.”

Of course, because what else could he be but crazy, right? Well, a hadith depicts Muhammad saying: “If a husband calls his wife to his bed [i.e. to have sexual relation] and she refuses and causes him to sleep in anger, the angels will curse her till morning” (Bukhari 4.54.460).

There are no excuses allowed for any reason: “By him in Whose Hand lies my life, a woman can not carry out the right of her Lord, till she carries out the right of her husband. And if he asks her to surrender herself [to him for sexual intercourse] she should not refuse him even if she is on a camel’s saddle” (Ibn Majah 1854).