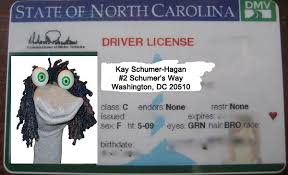 The Federal government will be suing North Carolina’s new voter ID legislation. Who was one leading the charge to have Eric Holder pursue this action:

Is it so strange that Hagan realizes that her only chance at being reelected is through voter fraud?

The Senate of the United States shall be composed of two Senators from each state, elected by the people thereof, for six years; and each Senator shall have one vote. The electors in each state shall have the qualifications requisite for electors of the most numerous branch of the state legislatures.

This amendment shall not be so construed as to affect the election or term of any Senator chosen before it becomes valid as part of the Constitution.

The challenge would be the second of its kind in three months aimed at voting changes in a Republican-led state. In July, the Justice Department said it would sue Texas. The department’s civil rights enforcers are acting after the U.S. Supreme Court in June invalidated part of the 1965 Voting Rights Act they previously relied on.

Attorney General Eric Holder is expected to discuss the suit at a news conference in Washington with North Carolina-based Justice Department lawyers.

Republican Governor Pat McCrory signed the state’s sweeping voting changes into law in August, saying: “Common practices like boarding an airplane and purchasing Sudafed require photo ID, and we should expect nothing less for the protection of our right to vote.”

Let’s get rid of Hagan. Send money to Brannon. Now.

The 17th amendment must be repealed if we are to regain our individual liberty, and the soverienty of our state governments. This amendment, along with the creation of the income tax and the federal reserve, is part of the early planing by fabian socialists to destroy our republican form of government.They spread their evil, vile agenda slowly and deliberately. They are a cancer on individual liberty. Progressive politicians are making great strides in transforming our country into a democracy. It is a travesty and abomination to our founders ideals. Progressives, socialists, communists, fascists and other enemies of our republic must be banished from the political scene! In Liberty, Bill