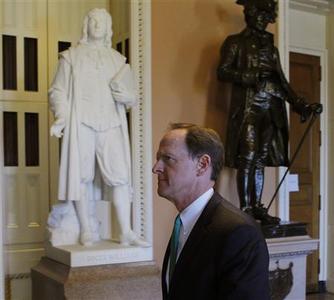 Prospects for a gun control bill’s passage in the Senate in coming weeks got a boost on Wednesday with a bipartisan agreement on background checks for gun buyers.

Democratic Senator Joe Manchin of West Virginia and Republican Senator Pat Toomey of Pennsylvania brokered the deal and were scheduled to announce it during a news conference at 11 a.m. EDT (1500 GMT) Wednesday.