Lack of Diversity? It Used to Be Called Racism 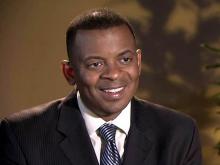 If confirmed by the Senate, Foxx would replace outgoing Secretary Ray LaHood.

Foxx is Obama’s first black nominee among the new Cabinet members appointed for the second term. The president faced criticism early in his second term for a lack of diversity among his nominees.