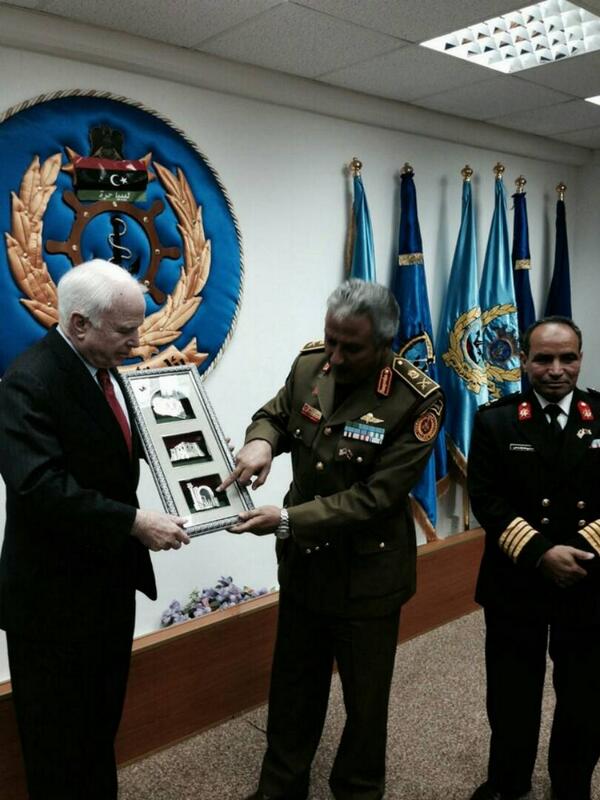 Senator John McCain is in Libya, where he was “honored” to receive an award from the Libyan military Chief of Staff. McCain was, of course, a prime cheerleader for the 2011 US attack on Libya which has resulted in the ascent to power of various al-Qaeda linked groups who along with murderous militias further terrorize the decimated country.

According to a recent US government funded public opinion survey in Libya, only 32 percent of the Libyan population believes the country is better off with Gaddafi out of power. Yes, even a US government funded survey cannot put a positive gloss on the disaster that the NATO attack has wrought.

This entry was posted in Domestic Enemies, Editorial and tagged John McCain. Bookmark the permalink.