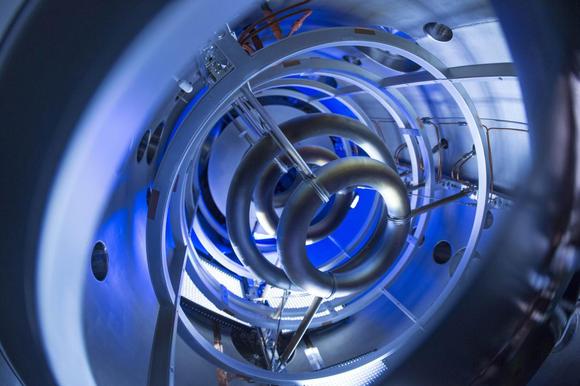 Lockheed Martin Corp said on Wednesday it had made a technological breakthrough in developing a power source based on nuclear fusion, and the first reactors, small enough to fit on the back of a truck, could be ready for use in a decade.

Tom McGuire, who heads the project, said he and a small team had been working on fusion energy at Lockheed’s secretive Skunk Works for about four years, but were now going public to find potential partners in industry and government for their work.

Initial work demonstrated the feasibility of building a 100-megawatt reactor measuring seven feet by 10 feet, which could fit on the back of a large truck, and is about 10 times smaller than current reactors, McGuire told reporters.

In a statement, the company, the Pentagon’s largest supplier, said it would build and test a compact fusion reactor in less than a year, and build a prototype in five years.

This entry was posted in Editorial, Energy and tagged Fusion. Bookmark the permalink.