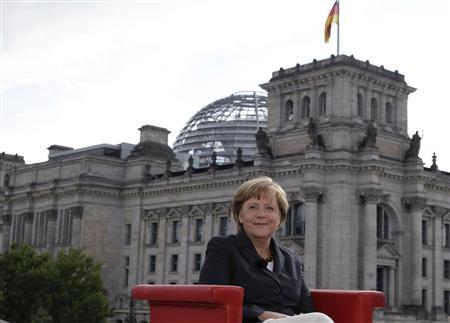 Angela Merkel tried to calm a growing storm over euro zone crisis strategy on Sunday after the Bundesbank likened ECB bond-buying plans to a dangerous drug and a conservative ally of the German leader said Greece should leave the currency bloc by next year.

The comments, from central bank chief Jens Weidmann and a senior figure in the Bavarian Christian Social Union (CSU), Alexander Dobrindt, point to mounting unease in Germany with the policies being used to combat the three-year old debt crisis.

Domestic criticism has narrowed Merkel’s room for maneuver at a time when Greece is in dire need of more aid and policymakers are scrambling to prevent contagion from enveloping big countries like Spain and Italy.