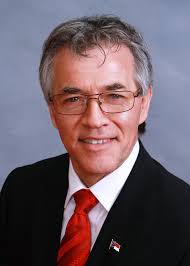 Republican lawmakers in North Carolina are expected next week to propose a sweeping new state law that would grant driving privileges to residents living in the country illegally but also would adopt Arizona-type enforcement measures authorizing police to check the immigration status of people they question for other suspected offenses.

Supporters say the proposal, a sign of a more welcoming approach that some states are taking with their unauthorized residents, would make the roads safer and help identify those who had been living hidden in society.

The measure also has significant political implications as national Republican leaders have warned the party must expand its appeal to Latinos. It’s not an easy task for a Republican-led North Carolina legislature, which must walk a fine line in reaching out to the state’s rapidly growing Latino community without antagonizing the party’s conservative base.

Republican state Rep. Harry Warren, who last year co-chaired a special House panel on immigration, said this week that he planned to introduce his legislation Tuesday or Wednesday. He declined to share details, but he said the bill “focuses on an appropriate state-level response to the issue of illegally present persons in North Carolina.”

What a half-baked idea. If you are going to enforce the law restricting illegal immigration, just to do it! But don’t then reward law breaking illegals with a legal document. BTW, many of the illegal aliens are LEAVING countries that are becoming more LAWLESS.