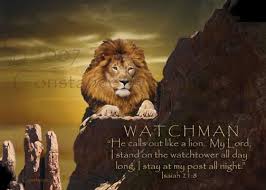 In response to my article “What Is My Agenda“, I have received the following comments which I blocked and made into this separate article:

David has been booted by his WNC neighbors, and he is now having to explained himself. I heard this through the grapevine. Also, I have heard that David will not post critical postings of him, why David? Why are you so insecure to have others be critical of you? Is the truth to hard to accept, or do not want others to know what is really going on behind the scenes? I think that once anonymous gets hold of your transgressions, they will expose you for you you really are. These are not threats, they are opinions and observations of your conduct. Just like you attempt to post and spread misleading information of others to further your cause. Just know that the sword cuts both ways, but I do not expect you to understand this concept.

Once again me, me, me, narcissistic behavior. David, “You have been weighed. You have been measured, and You have been found unworthy of a true warrior, or true patriot. You have deceived true patriots. You are an internet political troll, who only seeks attention. You now find it necessary to explain yourself with more rhetoric. You are not a moral man.

Distractions come from all directions. So an article outlining the fight against good versus evil turns into a personal attack on me? Maybe I should not have turned down the national NBC interview this week concerning my treatment by the IRS after all.

Thanks for all you do. its perfect the site.

Just a child playing in his sandbox.