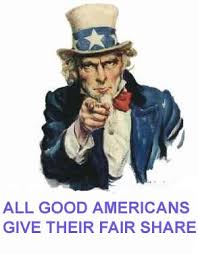 This is easy. How do I know that the new tax plan proposed by the NC Senate is bad?

1. The Republicans are using an old Democrat trick to sell it: everyone will pay their fair share. We all know what a working person’s fair share of taxes will always be: more.

2. North Carolina is mandated by law to have a balanced state budget (not excepting all of their loopholes). Since this plan does not include cutting any state spending, it means that this can not be a tax cut.

Are we smart enough to recognize a shell game? Do not be fooled by a proposal just because it is made by Republicans. All politicians have one objective: to increase their power base. We need leaders who will put government back in the box so that we can attract business instead of bankrupting them.

Does anyone trust Phil Berger? Or Skip Stam? Can you name one politician in the general assembly that you do trust? I would put Larry Pittman on my list. Once again, we are outnumbered and will suffer the consequences.

Senate Republicans argue that exponentially expanding the number of transactions subject to the sales tax would promote fairness in a North Carolina tax system now packed with exemptions and loopholes.

Their tax overhaul proposal would make North Carolina’s sales tax base one of the broadest in the country and subject nearly all consumer activities and products to the combined local and state rate, currently at 6.75 percent. In exchange, the top individual and corporate income tax rates would be lowered over three years and the combined sales tax would fall to 6.5 percent.

“That’s a fair approach for taxes because everyone pays something,” Senate leader Phil Berger, R-Rockingham, said in presenting the plan last week. “Everyone has control over how much you’re taxed. The more you spend, the more you pay. The less you spend, the less you pay.”

But some of the hundreds of thousands of businesses and charitable entities statewide worry the proposal would cause tax collection paperwork headaches and potential hardships. It may awaken scores of interest groups ready to fight the changes at the legislature and preserve their long-held exemptions.