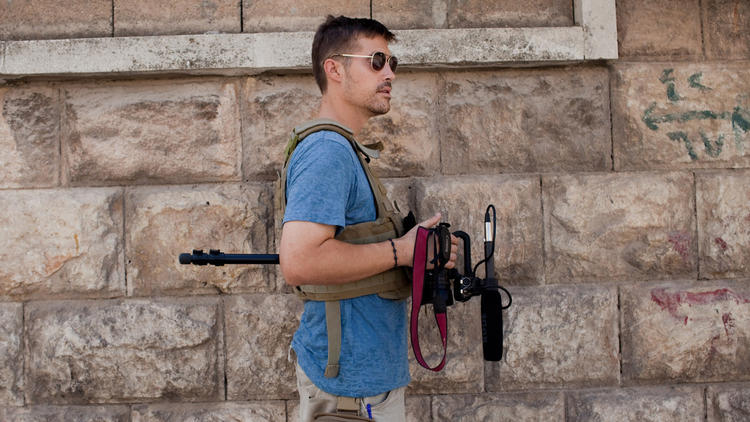 A chilling video posted on YouTube, later removed, purported to show the execution of James Foley after he recited a statement in which he called the U.S. government “my real killers.”

“I call on my friends, family and loved ones to rise up against my real killers — the U.S. government. For what will happen to me is only a result of their complacent criminality,” the kneeling man says.

A second prisoner, said to be Steven Sotloff, like Foley an American journalist who disappeared while covering Syria’s civil war, then appears in the video.