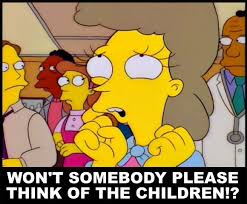 Today is “Kids Speak Out” day in the Occupy [Insert City] movement:

Organizers of the “leaderless resistance movement” also have billed Monday as “Kids Speak Out” day, with school children off for Columbus Day.

“Even as banks got bailed out, American children have witnessed their parents get tossed out of their homes and lose their jobs. Public school kids have lost arts, music and physical education,” the movement’s website said. “Now our kids can see activists take these issues to the streets in a democratic forum at Occupy Wall Street.

What kind of environment will children face in New York? The article below details the experiences of a teenager from Asheville, NC who is learning “Readin’, writin’ and revolution!” What else would you expect from someone whose grandfather Weezel drove him and his best friend to participate in this protest to learn “life’s lessons”.

With an educational system like this, who needs the Department of Education in Washington.

Some hippie families are toting kids to the wild Occupy Wall Street protests — including one 13-year-old boy who carries a stack of quarters in case he has to make a jailhouse phone call and a homemade solution that washes pepper spray from the eyes.

“The people I ended up sleeping next to were druggies. Someone was trying to put a cigarette out on my face, and I had to roll over,” said the teen, Luca Rozany, who arrived at Zucotti Park after riding 12 hours with his grandfather and best childhood pal from their home in Asheville, NC.

The boy said they thought about leaving — but because of the cops, not the junkies.

Luca showed off his arm, where a friend’s cellphone number and a Legal Aid number — in case he needs a a lawyer — were scrawled with permanent marker.

“He’s learning life lessons,’’ said his grandfather, 73, who goes by the name Weezel.

“His mother is an activist; his grandparents are activists. His grandmother has been arrested many times. He’s well equipped to deal with this.”

The elderly protester drove Luca and Mikah Peneghar, also 13, in a pickup loaded with produce donated by farmers near Asheville, where Luca’s mom runs a vegan restaurant.

Luca’s mom regularly goes to protests and other activist activities with her family, Weezel said, including to a months-long stint in Nicaragua last winter to teach the kids about hardship.

“My mom thought we were becoming typical middle-class, spoiled children,” Luca said. “We went down there to get a culture shock.”