Others Also Looking for William Wallace …

One Day A Leader Will Come 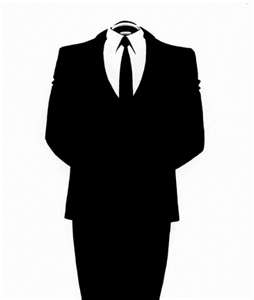 If you are like me, you are waiting patiently (or impatiently) for a leader, a true leader. What we seek is someone, anyone who can galvanize the American spirit and bring to the fore the lost principles that in their absence have left America rudderless in this new age. We have been mis-lead for a long time, by all political parties, who in the end are not capable of leading a free nation.

We need someone bold and willing to attack the abuses of the past, not just figure out a way to benefit from them. We wrap ourselves in the Constitution in order to seek a return to the rightful order of things in a free America, but we have no champion. Whenever the Constitution is brought out and emphasized all of the pork programs and social safety nets are there to counter its re-enactment, its re-affirmation. Because, to insist on Constitutional rigor is to lose those social support mechanisms that have worked over the decades to enslave us to an all powerful federal government.

Likewise, when state supremacy is proffered, we are met with the abuses of the South and racism to counter our demands. Everything that is Constitutional is inconvenient now, with so many reliant on the power and largess of a monolithic federalism. We have lost our sense of self, our understanding of how to be free and therefore recoil from it.

This is exactly why we need a leader, someone who can give us the way, the bravery to say “yes” to those questions and to show us a way to show compassion without resigning our own freedom. We are Americans, we are capable of it, we used to understand how to do it.

If one were to take the time to look back into American history, they would find a more brutal, more insensitive, a more dangerous society, but they would also find the unbridled sense of wonderment and freedom that set us on a course of world domination, not militarily, but economically. We would see the ways that our parents and theirs provided the type of energy and capacity it takes to free the world from absolute oppression and personal degradation.

So, lets make the question easier to answer in the affirmative. Is it worth a little more danger, a little more insensitivity in order to remain the benevolent power the United States has always been? Let us have the bravery to ask ourselves if WE would take care of our own in order to provide the freedom and liberty it takes to be a better nation.

I know you don’t think you have to make that choice, but you are making it every day that you allow the excesses of this government to run along on the bastardized concept of the Constitution on which it currently operates. When you even consider the thought of a Jobs Bill that will rob the bread from your children’s mouths to feed to labor unions, you make that choice. It’s easy, isn’t it, to starve your children for the benefit of others while you secretly hope that one day that they will starve theirs for you?

Yes, a Constitutionally compliant government would be smaller, would allow some bad things to come to pass, would place all of us in more danger. It would leave us victim to some scams and dirty deals. But it would also leave us free to correct them properly. It would leave our children free to dream of ways to make their future work without the crushing pressure of a constantly, exponentially expanding debt, or worse, default.

What we will have, in the end, is a much more dangerous America either way we go. The difference largely is where that danger will come from. Will it come from freedom or tyranny? Will our dangers be presented to us by a USDA-less America, or a largely lawless society devoid of any compassion at all, wandering homeless taking what they want where it can be found? Will it come in the form of a lack of social nannying, or the lack of political independence? When our debtors start calling the shots, will our children be forced to work in miserable conditions to satisfy the demands of our creditors? You might think “no” but that is just a hope, a wish for the future that probably cannot be true. You do not know the future because the United States has never been so far from the protections of our Constitution and therefore so far from the fiscal stability that has always allowed us to set our own rules, make our own decisions.

I am calling for a leader that can project that message and take the medicine that must be swallowed today, before the ailment eats us alive. Where is that leader? Is this leader among those in the Republican debates? Really? Where is that person bold enough to insist on Constitutionality, who is capable of leading the impeachment of Supreme Court justices who would steal from the citizens the protections of the Constitution? Where is the people’s champion?

I ask you, because I don’t see it. I don’t see that leader anywhere on the political landscape. Rise boldly to demand it, or consign yourself to the ultimate demise that we are sure to endure without it. Prepare yourself for the sight of everyone you love starving to death in a nation forced to comply with the demands of a hostile power.

One day a leader will come, who will answer all your questions. That leader will stand before with all the power to make your dreams come true, who will be able to set the nation right. The question before all of you today is will they do so, or will that leader instead slowly grind us all into obedient slaves to their oppression? By our actions up to now I think you know which leader we will ours.