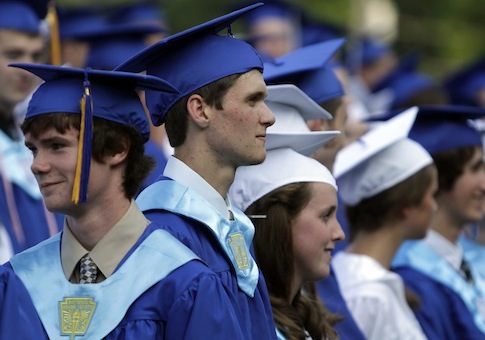 A former Navy chaplain is offering a reward to any student who says a prayer during a graduation ceremony at a school in Florida following a lawsuit by an atheist group aimed at banning religious utterances from the event.

Former Navy Chaplain and current Colorado pastor Gordon James Klingenschmitt is offering the bounty to the first high school student in St. Johns County, Fla., who says the Our Father or a prayer ending in Jesus’ name over the school microphone during the graduation ceremony.

It is the latest escalation in several months of controversy after the school board considered adopting a policy allowing inspirational messages, including prayer, at graduation.

A statute passed in Florida last year gave school districts the option to allow such messages by students. The statute says school district personnel may not influence the message, and students “shall be solely responsible for the preparation and content of the inspirational message.”

This entry was posted in Editorial, Education, Religion and tagged Klingenschmitt. Bookmark the permalink.