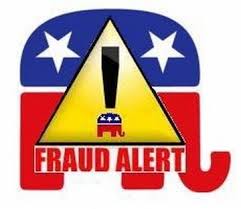 Problems appear to already be happening on election day in Virginia. Two callers from Loudoun County called into WMAL’s Morning’s on the Mall radio show and told hosts Larry O’Connor and Brian Wilson that the electronic validation system across the county was down when they showed up to go vote.

Warner from Lovettsville said, “I got to the polls about 6:15 and the parking lot was packed and I go in and there are about hundred people in line and come to find out that the electronic system to validate voters is down. They didn’t have the printed voter registration list for the first time ever, as far as I can tell. Up until about 6:40 not one person had voted in lovettsville and it looks like a countywide problem.”

Paul from Lovettsville agreed telling WMAL, “I’m experiencing the exact same thing he did. I  arrived just before six ‘o’ clock. The great news was that in Loudoun County the lines were packed. People were definitely showing up, but once you got in, there was a connectivity problem. Two people would get through and then we’d stop and wait and then just kept going over and over. And the poor IT guy, he was working everything he could, but he told me that the connectivity problem was a countywide problem.”

This entry was posted in Editorial, Elections and tagged Virginia. Bookmark the permalink.