Prepare for the End of the Petrodollar 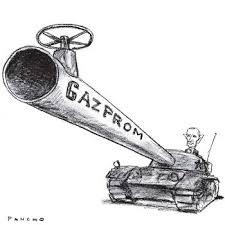 I believe that most people do not understand the consequences of the collapse of the petrodollar. However, it appears that we are about to find out. Get ready to see any of your assets based in 1’s and 0’s depreciate. Greatly.

If it was the intent of the West to bring Russia and China together – one a natural resource (if “somewhat” corrupt) superpower and the other a fixed capital / labor output (if “somewhat” capital misallocating and credit bubbleicious) powerhouse – in the process marginalizing the dollar and encouraging Ruble and Renminbi bilateral trade, then things are surely “going according to plan.”

For now there have been no major developments as a result of the shift in the geopolitical axis that has seen global US influence, away from the Group of 7 (most insolvent nations) of course, decline precipitously in the aftermath of the bungled Syrian intervention attempt and the bloodless Russian annexation of Crimea, but that will soon change. Because while the west is focused on day to day developments in Ukraine, and how to halt Russian expansion through appeasement (hardly a winning tactic as events in the 1930s demonstrated), Russia is once again thinking 3 steps ahead… and quite a few steps east.

While Europe is furiously scrambling to find alternative sources of energy should Gazprom pull the plug on natgas exports to Germany and Europe (the imminent surge in Ukraine gas prices by 40% is probably the best indication of what the outcome would be), Russia is preparing the announcement of the “Holy Grail” energy deal with none other than China, a move which would send geopolitical shockwaves around the world and bind the two nations in a commodity-backed axis. One which, as some especially on these pages, have suggested would lay the groundwork for a new joint, commodity-backed reserve currency that bypasses the dollar, something which Russia implied moments ago when its finance minister Siluanov said that Russia may regain from foreign borrowing this year. Translated: bypass western purchases of Russian debt, funded by Chinese purchases of US Treasurys, and go straight to the source.

Here is what will likely happen next, as explained by Reuters:

Igor Sechin gathered media in Tokyo the next day to warn Western governments that more sanctions over Moscow’s seizure of the Black Sea peninsula from Ukraine would be counter-productive.

This entry was posted in Editorial and tagged Petrodollar. Bookmark the permalink.