Professors, Liars and A New Spokeman for the 99%? 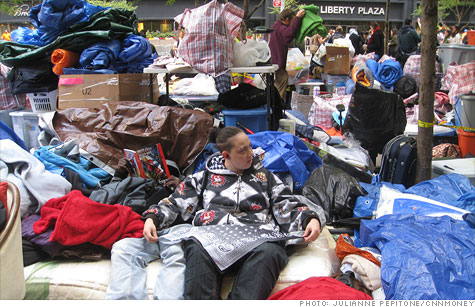 The first part of the video below shows two college professors at the Occupy Wall Street protest in New York. The protesters’ reaction to Geraldo Rivera and FoxNews from Russia Today shows how they value the concept of free speech is followed by Alan Grayson who has volunteered to be the spokesman for the 99%.

The university system is responsible for the large student debt in the country but they have effectively deflected the blame to the banks for granting the students loans that they were not forced to apply for. FoxNews is portrayed as a propaganda news outlet by Russia Today. Alan Grayson is vying to be the spokesman for the movement after being run out of Congress for being literally crazy. The lunatics are starting to run the asylum.