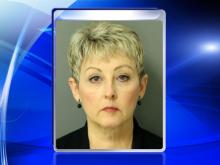 The state Department of Revenue charged McManus, 56, of 11 Pine Forest Drive in Siler City, with three counts of embezzlement of state property. She was released under a $150,000 bond, and her first court appearance was set for Thursday in Wake County.

McManus is the bookkeeper for Carolina Family Practice, a Siler City medical office run by her husband, Dr. Keith McManus. Authorities allege that she helped the practice “embezzle, misapply and convert to its own use” $47,369 in state individual withholding tax between January 2011 and last July.

This entry was posted in Editorial, Elections and tagged Deb McManus. Bookmark the permalink.