RNC Pulling Out All Stops To Keep Ron Paul’s Name 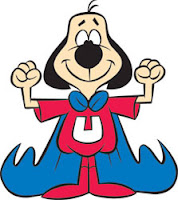 Let’s play a game by changing the names of the players in the upcoming election. The Democrat nominee will be Wimpy (I will gladly pay you $3 on Tuesday for a hamburger today but don’t tell Michelle). The presumed Republican nominee is Richie Rich but the challenger Underdog will still be allowed to have his name placed on the ballot based on receiving a plurality in five states in the primary elections.

Now Richie Rich does not like this Underdog attempt to usurp his authority. What to do? What to do? Solution: let’s invalidate the people’s votes, change several of the GOP rules and then run unopposed at the convention.

Really? This is the great hope to save America and Mom’s apple pie? Changing rules on the fly to suit the whims of the presumed nominee is the beginning of the restoration of our nation’s morality?

I should not have to change the names to make this point. No matter how you feel about Ron Paul, replacing evil with more evil is no solution. And it shows the level of despair that Americans now suffer to accommodate “change” at any costs.

Texas libertarian and former presidential candidate Ron Paul recently explained in an interview with the New York Times why he chose not to speak at the Republican National Convention, saying the mandatory endorsement of Mitt Romney would “undo everything” he has done for the bulk of his career.

Apparently convention organizers offered him a speaking role, but only if he gave a “full-fledged endorsement” of the former Massachusetts governor and agreed to have his remarks pre-approved.

“It wouldn’t be my speech,” Paul explained to the New York Times. “That would undo everything I’ve done in the last 30 years.”