Saudis to Obama: We Will Not Tolerate a Nuclear Iran 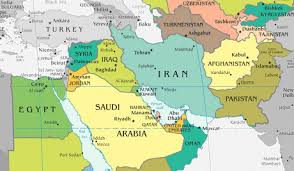 The Saudis are signaling that they will unleash a pre-emptive war in the Middle East in response to Obama’s nuclear capitulation to Iran.  These signals are an effort to change Obama’s decision to prop up the mullahs and green light their nuclear program.  Can the Saudi threats become real?  It’s a wild card our President is willing to play.

The Saudis are allowing leaks on a deal to get nuclear weapons from Pakistan. Larry Bell in Forbes:

Pakistan is rumored to have recently delivered Shaheen mobile ballistic missiles (a version of the U.S. two-stage Pershing I, with a range of more than 450 miles) to Saudi Arabia, minus warheads. Mark Urban, the diplomatic and defense editor of BBC’s “Newsnight”, told a senior NATO decision maker earlier this year that “Nuclear weapons made in Pakistan on behalf of Saudi Arabia are now sitting ready for delivery.”

The Saudis are not so secretly negotiating with the Israelis.  This goes beyond allowing the use of Saudi air space, to active support in a bombing raid on Iran. Bell again:

A diplomatic contact told the London Sunday Times that “The Saudis are furious and are willing to give Israel all the help it needs” to counter the unresolved nuclear threat, noting that their relations with the U.S. had been breached by Obama’s overtures to Iran.

This new cooperation represents a major policy realignment given the fact that satellite images show a new Saudi CSS-2 missile base capable of deploying A-bombs with launch rails pointing towards both Iran and Israel. According to the Times, Israel’s Mossad intelligence agency and Sunni royal rulers of Saudi Arabia are even developing joint contingency plans for a possible attack on Tehran’s nuclear program.

There is also talk by the Saudis of using oil prices to punish America for Obama’s betrayal.