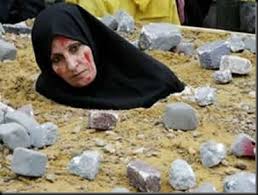 A proposal to ban the recognition of Islamic Sharia law in North Carolina courts is headed for the Senate after winning final House approval Thursday.

Rep. Rick Glazier, D-Cumberland, said House Bill 695 is unnecessary, would conflict with constitutional due process rights and would damage North Carolina’s image in the eyes of the international business community.

“Take it as fact that this is a very, very present threat that must be dealt with,” Whitmire said. “We are making sure that the most fundamental basis on which we exist is protected.”

“I’ve always wanted to depend on our own constitution, but we have seen that document put in, frankly, grave danger,” Blust said.

“In the United States, there is the Sharia law,” he said. “It is fundamentally at odds with U.S. jurisprudence. The two systems cannot be reconciled. Individual rights are not recognized.”

This entry was posted in Editorial, Radical Islam, Religion and tagged Sharia. Bookmark the permalink.