Here is the Sipsey Street Irregulars response to Governor Bev’s suggestion by the Obama administration to test the waters concerning the suspension of elections next year when the Democrats are shown the door throughout the country. Can anyone defend the abuse of power by both parties in North Carolina stopping an amendment of our federally mandated constitution to allow elected officials to be recalled. And yes, I mean both parties are stopping this change. Let’s see. Suspend an election, get a bloody civil war. . . What’s not to like? 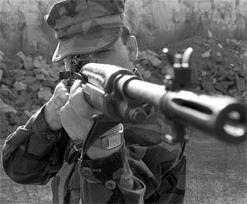 When democracy turns to tyranny, I still get to vote.

Perdue Jokes About Suspending Congressional Elections or Is She A Joke?

Why We Need a Recall Amendment

I heard that, with my bad ear 🙂

THEN THE TRIAL (PARTY) CAN COMMENCE!

If those jackasses want to float a test balloon, to see how We the People respond,
THEY ARE IN WILLFUL VIOLATION OF THE INTENT OF THE CONSTITUTION OF THE UNITED STATES OF AMERICA -- SEE THE PREAMBLE!

Where did my sense of humor go? I think they stole that too! I HATE PROGGYS!

BY law we’re not allowed to call for the overthrow of the government, but if elections are suspended does that mean they will no longer be the government of the United States of America? Is this the first step in the process to create such civil unrest they are then ABLE to call for martial law and…you guessed it….suspend the elections. I believe Americans are FINALLY awake to the threat posed by what used to be the democratic party (now the progressive marxist socialist party) and in 2012 will send a message to the far left that will resound throughout the world. They will do everything in their power to keep that from happening so prepare for chaos perpetrated by the unions, ACORN groups, The Black Panthers, and other groups determined to destroy America.