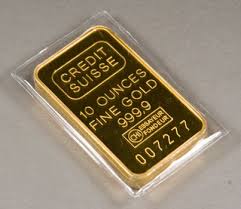 A few weeks ago, we wrote of the Swiss People’s Party’s efforts to gain enough signatures to force the Swiss National Bank (SNB), who ‘supposedly’ guarantees the price stability in Switzerland, to stop selling its gold reserves. This last week, as the FT reports, they reached the required 100,000 signature mark and on Thursday the federal chancellery confirmed Switzerland is to hold a referendum that would ban the central bank from selling its gold reserves, force it to keep at least 20% of its assets in the metal, and  repatriate gold reserves held abroad and keep them at home. Following Cyprus’ forced sales and discussions of the net wealth in other European peripheral nations, proponents of the Swiss measure flatly reject the idea of sales, arguing that disposals of gold reserves at low prices between 2001 and 2006, as well as more recently, have cost Switzerland billions of Swiss francs. The “Save Our Swiss Franc” initiative proclaims, “today gold is almost the only really valuable asset left on the SNB’s balance sheet.” The SNB, however, is concerned at, “the monetary policy implications of the demands in the initiative.” A date for the referendum has not yet been set – but the FT notes that previous ‘referenda’ have taken up to several years from acceptance to actual vote.

Switzerland is to hold a referendum on a popular measure that would ban the central bank from selling its gold reserves and force it to keep at least 20 per cent of its assets in the metal.

Under the terms of “Save our Swiss Gold”, which is led by members of the ultra-conservative Swiss People’s party, the Swiss National Bank would have to repatriate gold reserves held abroad and keep them at home.