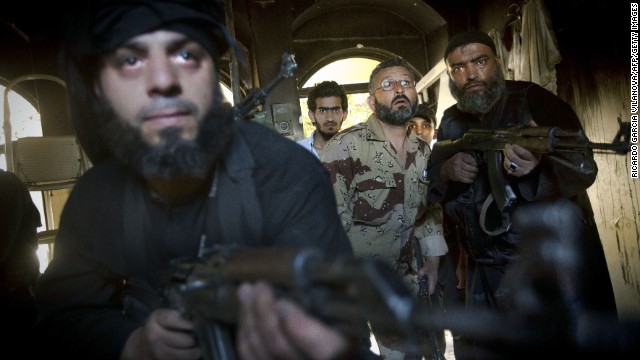 Syrian rebels take position in a house during clashes with regime forces in the old city of Aleppo on May 22.

Free Syrian Army political and media coordinator Louay Almokdad told CNN during a phone call from Istanbul that Free Syrian Army leaders believe the weapons “will be a turning point” in the war against government forces “and will definitely change the rules of the war on the ground.”
The issue of providing military assistance to Syrian rebels is expected to be further addressed Saturday at a “Friends of Syria” meeting in Doha, Qatar, which will be attended by U.S. Secretary of State John Kerry.

The White House has not publicly specified what steps it would take to support members of Syria’s opposition, though sources have told CNN that small arms, ammunition and possibly anti-tank weapons would be part of the assistance package.