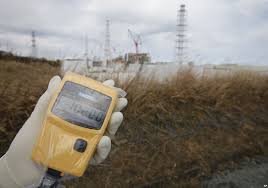 Remember that recently announced leak at Fukushima (which we first noted nearly a month ago), which Tepco promised was nothing really, only to subsequently admit 300 tons of radioactive water was seeping out of the destroyed nuclear power plant daily into the ocean (and everywhere else), a leak which subsequently was raised from a stage 1 to stage 3 in radioactive severity, and that it had for all intents and purposes lost control of the containment process, oh and, by the way, it would no longer lie about how severe the situation truly was? Well, turns out it lied. As Businessweek reports, “the leak at a contaminated water storage tank discovered last week at the Fukushima plant may have continued since last month before it was detected and the tank drained, plant operator Tokyo Electric Power Co. said.

“Crews found elevated levels of radiation in July near where the leak was ultimately detected on Aug. 19, Mayumi Yoshida, a spokeswoman for the utility known as Tepco, said today by phone.

Tepco originally characterized the leak as a small one before determining by the change in the tank’s water level that 300 metric tons of contaminated water had escaped. A protective barrier around the tank didn’t stop the leak because a valve in the concrete structure had been left open, Tepco said.

Japan’s Nuclear Regulation Authority last week labeled the leak a “serious incident” in its worst assessment of the problems at Fukushima since the earthquake and tsunami of 2011 caused reactors to melt down.

This entry was posted in Editorial, Energy and tagged Radioactive Leak, Tepco. Bookmark the permalink.