The Beginning Of The End Of Precious Metals Manipulation 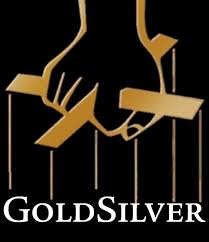 Following a crackdown on precious metal manipulation by various European regulators (mostly Germany’s BaFin, recall “Precious Metals Manipulation Worse Than Libor Scandal, German Regulator Says“), which led to the shocking outcome that Deutsche Bank would pull out of the London gold and silver fixing committees, the London Silver Market Fixing company ended up with a most curious outcome: it would have just two members: HSBC and Bank of Nova Scotia. And, as an even more shocking result, overnight the London Silver Fix announced that after August 14, 2014 it will no longer exist – the first of many victories for all those who have fought for fair and unmanipulated precious metal markets.

From the press release:

The period to 14 August 2014 will provide an opportunity for market-led adjustment with consultation between clients and market participants.

The London Bullion Market Association has expressed its willingness to assist with discussions among market participants with a view to exploring whether the market wishes to develop an alternative to the London Silver Fixing.

1. What will happen after 14 August 2014? Will the Silver Fixing cease to exist?

This entry was posted in Editorial, Financial and tagged Gold, manipulation, Silver. Bookmark the permalink.