The Bernanke Agenda – It Isn’t What You Think It Is 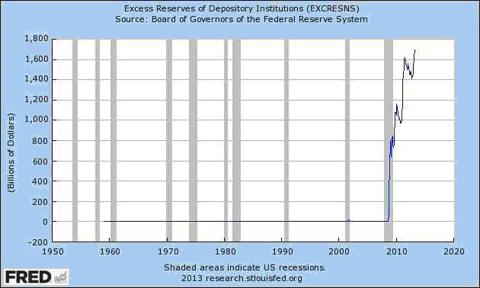 Chairman Bernanke, the engineer of the most manipulated and contrived market rally in history has informed us he won’t be making an appearance at the Jackson Hole Economic Symposium this year. The reason – a scheduling conflict.

Could there be something significant here? He didn’t tell us what he sees as more important than one of the biggest events of the year for a central banker. In my opinion it must be a pretty big deal. Here’s what I think – by August the market will have imploded once again and world economic leaders will be “circling the wagons” to offer up an epic solution to our global economic dilemma.

The solution – Bretton Woods II. You won’t find too much on this subject in the media but there has been a lot of work going on behind the scenes. Our current system is in total shambles and in fact it isn’t even a system at all. The truth is when we abandoned the original Bretton Woods system nothing was agreed to as a replacement.

This entry was posted in Editorial, Financial and tagged Bernanke. Bookmark the permalink.