The following list comes from an article on businessinsider.com. At the risk of causing “prepper fatigue”, it is important to stay informed and be prepared. The debt ceiling talks in Washington have degenerated into which political party can make the other one claim responsibility for this crisis. Gold is hitting new highs as fast as the national debt increases: that is the consequence of a devalued US dollar.

Although the list pertains to the economy, if the violent flash mob attacks across the country continue, this may top the list since most people have traded security for freedom.

2. The Reuters/University of Michigan consumer sentiment index has fallen to 63.8  after being at 71.5 in June.  It is now the lowest that it has been since the  last recession “ended” 3. The Rasmussen Consumer Index is down 9 points from a month ago.

4. A recent poll taken by Rasmussen found that 68 percent of Americans believe that  we are actually in a recession right now.

5. According to Gallup, the percentage of Americans that lack confidence in U.S.  banks is now at an all-time high of 36%. 6. In many areas of the United States this summer, just about anything that is not  bolted down is being stolen by people that are desperate for money.

7. According to one recent poll, 39 percent of Americans believe that the U.S.  economy has now entered a “permanent decline”.

8. Another recent survey found that 48 percent of Americans believe that it is  likely that another great Depression will begin within the next 12 months. 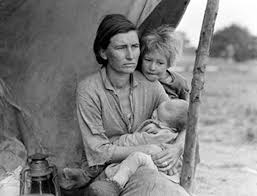 9. According to a brand new Reuters/Ipsos poll, 63 percent of Americans believe  that the nation is on the wrong track.  That figure is three percent higher than  it was last month.