The Chinese Are Coming (to North Carolina), And They Want America’s Pork 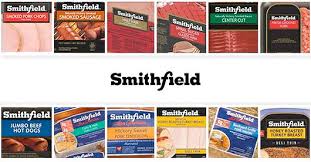 In a stunning M&A move, an American pork icon – Smithfield Foods, may be acquired as soon as today by China’s Shuanghui, also known as Shineway, which is China’s largest pork producer. The Chinese are coming, and they want America’s pork. It unclear how soon after the deal gets clearance by the Committee on Foreign Investment (if it does at all) will the US be subject to that well-honored China excess pig “clearance” strategy: floating ’em down the river.

Chinese meat producer Shuanghui Group is close to a deal to acquire Smithfield Foods Inc. for between $4.5 billion and $5 billion, according to people familiar with the matter.

The sale of the Smithfield, Va.-based pork and meat producer could be announced as soon as Wednesday morning, and comes on the heels of agitation from a large shareholder to split up the company.

The bid by Shuanghui, also known as Shineway, represents a roughly 30% premium over Tuesday’s close of $25.97, the people said. But a deal could be subject to review by the Committee on Foreign Investment in the United States, they said.

Smithfield’s board of directors is concerned about the deal passing muster with CFIUS review, said a person familiar with the matter. The deal is structured with a reverse breakup fee in the event that the deal falls apart due to regulatory issues, the person said.

What I find amazing is how our useless politicians, especially Nixon, started this whole mess by showing a Communist country how capitalism works and opened the door for them to destroy us.

Oh hell no, They ain’t gettin our barbque. That will bring a whole bunch of us out of the woods
with a gun in hand.

Barbqued flat-nose steak is our main defense from islam.
You ever see a muslim in a Carolina Barbque joint?
http://www.amnation.com/vfr/archives/018163.html

I’ve always said that Barbecue joints are the last bastion of Christianity in the public sphere. They’re closed on Sundays and usually have bible verses on the wall.