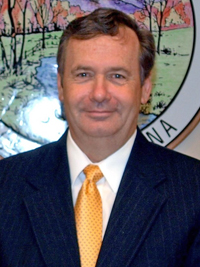 Guns in the hands of individual citizens represent the greatest single threat to tyrants . . .  And they know it.  Without the Second Amendment, the remainder of the Constitution is unenforceable, since the federal government’s primary interest is increasing its power over the rights and freedom of the individual.

With the mounting pressure for gun registration and confiscation from an administration with a totalitarian agenda, citizens must actively support county sheriffs who are willing to stand up to protect our Second Amendment right to keep and bear arms. Elected by the people of the county, the sheriff derives his authority from the people and is responsible directly to them.

The citizens of Western North Carolina, North Georgia, and East Tennessee are fortunate to have sheriffs who have stated publicly that they will protect our right to keep and bear arms regardless of unconstitutional restrictive gun laws, rules, or regulations that any governmental entity may attempt to impose.