The Difference Between Founding Fathers and Tyrants 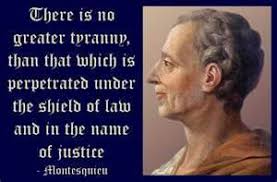 “Tis our true policy to steer clear of permanent alliances with any portion of the foreign world.”

“The great rule of conduct for us in regard to foreign nations is, in extending our commercial relations to have with them as little political connection as possible. So far as we have already formed engagements let them be fulfilled with perfect good faith. Here let us stop.”

“I have always given it as my decided opinion that no nation has a right to intermeddle in the internal concerns of another; that every one has a right to form and adopt whatever government they liked best to live under themselves; and that if this country could, consistently with its engagements, maintain a strict neutrality and thereby preserve peace, it was bound to do so by motives of policy, interest, and every other consideration.

“Peace, commerce, and honest friendship with all nations – entangling alliances with none.”

Barack Obama has ordered his senior national security and intelligence officials to draw up a list of potential overseas targets for US cyber-attacks, a top secret presidential directive obtained by the Guardian reveals.

The 18-page Presidential Policy Directive 20, issued in October last year but never published, states that what it calls Offensive Cyber Effects Operations (OCEO) “can offer unique and unconventional capabilities to advance US national objectives around the world with little or no warning to the adversary or target and with potential effects ranging from subtle to severely damaging”.

It says the government will “identify potential targets of national importance where OCEO can offer a favorable balance of effectiveness and risk as compared with other instruments of national power”.

The directive also contemplates the possible use of cyber actions inside the US, though it specifies that no such domestic operations can be conducted without the prior order of the president, except in cases of emergency.

The aim of the document was “to put in place tools and a framework to enable government to make decisions” on cyber actions, a senior administration official told the Guardian.

| Now Obama orders US to draw up overseas target list for cyber-attacks! | | truthaholics

[…] The Difference Between Founding Fathers and Tyrants (ncrenegade.com) […]

Your perfect life: revolutionary results in health, wealth, and relationships | power of language blog: partnering with reality by JR Fibonacci

[…] The Difference Between Founding Fathers and Tyrants (ncrenegade.com) […]