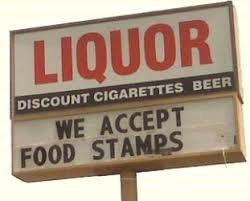 The coming EBT riots: What will happen when government entitlements stop?

Why is all this important to understand? Because on the day the EBT cards are shut off, there will be mass riots of EBT card recipients who are suddenly thrust into an emergency.

In fact, shutting off the EBT cards is actually one way to initiate a false flag event in America. It works like this:

2) Blame it on a cyber terrorist attack and use the crisis to institute harsh new police state controls over the internet. (“Never let a good crisis go to waste…”)

3) Allow the “EBT riots” to unfold. Keep the National Guard away for long enough to let things get out of control and have scary footage broadcast on the evening news.

4) Once things are bad enough, announce Martial Law and bring in the troops to turn America’s streets into a Nazi-style police state surveillance and enforcement system, complete with TSA-run checkpoints on all major roads.

What’s required to make this happen? Nothing more than turning off the EBT cards for 72 hours. That’s it! It’s just a single change to a single line of code at JP Morgan Chase, and it’s mission accomplished for the globalists.

Yesterday’s EBT outage, in fact, may have been a practice run for the real thing. When the globalists want riots to unfold, they now have the tool to make it happen.

“What’s required to make this happen? Nothing more than turning off the EBT cards for 72 hours.”