The Last Days of Jews in the Islamicized Europe 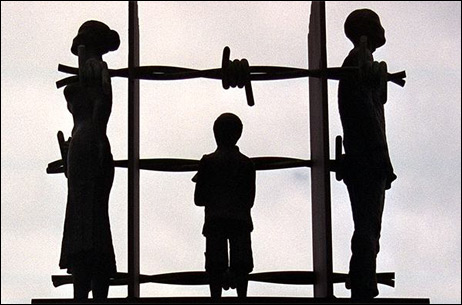 Sixty percent of Dutch Jews are ready to pack up and leave the country. The cause is a boom of Islamic antisemitism in the famous multicultural Netherlands. Benjamin Jacobs, the country’s chief rabbi, declared to Arutz Sheva that “the future for Dutch Jewry is moving to Israel”.

Jews are fleeing Antwerp, the city in Belgium once proudly called “the Northern Jerusalem.” Last autumn, the ancient synagogue of Weesp became the first synagogue in Europe since the Second World War to cancel Shabbat services due to threats to the safety of the faithful. There are more than 1,000 Jews in Oslo, but you never see them. Not one. Today anti-Semitic inscriptions are being drawn on building walls in Marseille, Nottingham, Paris, Madrid, Amsterdam, Berlin, Kiev, Barcelona and Rome. Jewish cemeteries are daily ransacked and Jews are attacked on the streets if they wear the kippahs.

Europe is again approaching, as many prefer to avert their eyes, the horrible paroxysm of Jew-hatred that plunged the continent into its XX century abyss. In the current denationalized, universalist, third-worldist and secularized Europe, Zionism is casted as the cause of anti-Semitism, Bruxelles’ officials see the bombing of a synagogue in Paris as a reprisal for an Israeli incursion into Gaza, European ministers and MPs more and more call the Israelis “the new Nazis,” anti-Semitism is fading from the general consciousness and “Islamophobia” is declared the worst racism. In the old Europe that abandoned the internationalism of the proletariat for the transnationalism of the Islamic umma, there is no space for the Jews. Europe’s Arabized cosmopolitanism cultivates the fantasy of removing Israel from the Middle East. But Europe first will forsake and abandon its own post-Holocaust Jews. Only after Israel’s destruction the Jews will be allowed to return to their homeless status in France, England, Sweden, Germany. In Warsaw they might rebuild the ghetto, while from Baghdad to Haifa tens of thousands of miles will be covered only by the voice of Al Jazeera.

This entry was posted in Editorial, Religion and tagged Antwerp, Belgium, Islam, Jew. Bookmark the permalink.