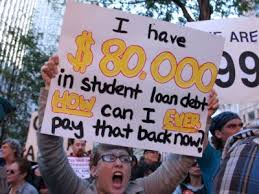 How to further enslave our children: convince them that a college degree is not only necessary to “succeed” in life, it is their right. Since 2009, the cost of college tuition has increased 25% mainly due to this administration’s takeover of the student loan program. What is the solution? The government will expand their program where government service for a specified period of time (enslavement) will reduce or cancel this debt.

This actually is a twofer: our children are enslaved and the taxpayers are again burdened with the cost for worthless degrees and a further devalued dollar.

The Next Subprime Crisis Is Here: Over $120 Billion In Federal Student Loans In Default 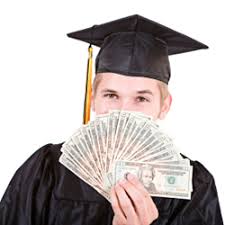 Whereas earlier today we presented one of the most exhaustive presentations on the state of the student debt bubble, one question that has always evaded greater scrutiny has been the very critical default rate for student borrowers: a number which few if any lenders and colleges openly disclose for fears the general public would comprehend not only the true extent of the student loan bubble, but that it has now burst. This is a question that we specifically posed a month ago when we asked “As HELOC delinquency rates hit a record, are student loans next?” Ironically in that same earlier post we showed a chart of default rates for federal loan borrowers that while rising was still not too troubling: as it turns out the reason why its was low is it was made using fudged data that drastically misrepresented the seriousness of the situation, dramatically undercutting the amount of bad debt in the system.

Luckily, this is a question that has now been answered, courtesy of the Department of Education, which today for the first time ever released official three-year, or much more thorough than the heretofore standard two-year benchmark, federal student loan cohort default rates. The number, for all colleges, stood at a stunning 13.4% for the 2009 cohort. The number is stunning because it is nearly 50% greater than the old benchmark, which tracked a two year default cohort, and which was a “mere” 8.8% for the 2009 year. Broken down by type of education, and using the new improved, and much more realistic benchmark, for-profit institutions had the highest average three-year default rates at 22.7 percent, with public institutions following at 11 percent and private non-profit institutions at 7.5 percent. In other words, more than one in five federal student loans used to fund private for-profit education, is now in default and will likely never be repaid!